Leading up to the Global Climate Action Summit in San Francisco, we're mobilizing global citizens to create a powerful movement calling for real climate leadership. The historic summit comes at a crucial moment in time. Our actions now will define how we move forward on achieving the temperature goals set by the Paris Agreement two years ago—a goal within reach if we commit to concrete actions now.


We're joining local leaders, frontline communities, and individuals to call on key decision makers to step up and lead the momentum for strong climate action. And we hope you'll rise with us.


JOIN WWF AS WE RISE FOR CLIMATE

You will be signed up to receive email from WWF if you are not already a subscriber.

Fill In Your Information (* = required)

There was a problem processing your request. Please complete all required fields. 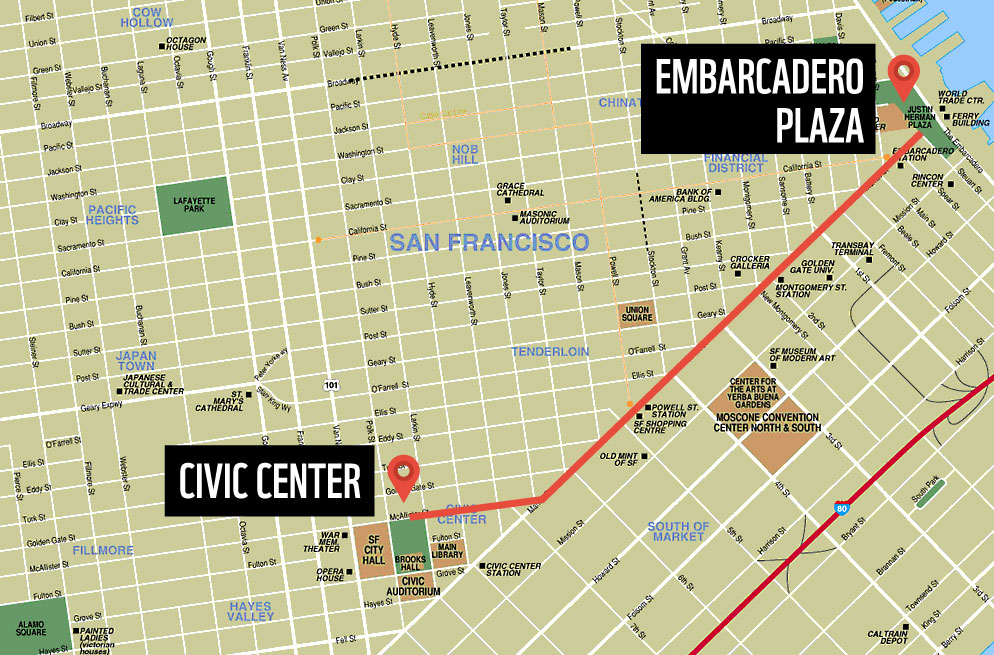 The march will begin to gather at the foot of Market Street in San Francisco, near Embarcadero Plaza. Look for the WWF coalition with the fourth section "We Rise for Our Future" towards the north end of Sue Bierman Park. We'll have T-shirts, banners, and signs.


The route will start from the Embarcadero Plaza area, up Market Street, to Civic Center. It is largely flat, about 1.7 miles, and should take about 1.5-2 hours to complete. There will be a support vehicle at the tail of the march for anyone who needs a ride or a break.


The march will end at Civic Center Plaza, near San Francisco City Hall.

Both Embarcadero Plaza (march start), and Civic Center Plaza (march end) are easily accessible by public transit. Due to traffic, road closures, and parking, we highly suggest taking public transit and leaving your car at home if possible.

Bring light food and reusable water bottles. WWF staff will have some snacks on hand to share during the march, but we encourage you to bring your own. Our understanding is that the organizers have arranged for there to be first aid volunteers and water stations along the march route, but consider preparing for anything.