Save the Red Panda

The Red Panda is a spectacular creature. Sadly, Red Pandas are endangered and are facing many challenges that could lead to extinction. The Red Panda has a much of a right to survival as any species on the planet. I have loved Red Pandas since I was very young, spending a lot of time watching them at the zoo, adoring them. I sincerely care about the future of the Red Panda which is why I have created this fundraising page. The World Wildlife Fund (WWF) is an excellent group dedicated to protecting animals from extinction around the world. I hope that everyone that sees this is able to contribute just a small amount of money that will go towards protecting the magnificent Red Panda. My goal is to raise at least 500 dollars that will contribute to efforts to save the Red Panda from extinction.

Red Pandas are currently classified as endangered on the IUCN Red List. This status is caused by a multitude of factors, all tracing themselves back to human activity. These factors include habitat destruction due to local agriculture and commercial expansion, mining, natural disasters caused by climate change, and overuse or pollution of natural resources. These are all results of human negligence. The main cause of the death of Red Pandas is the destruction of their habitat. Red Pandas rely heavily on Bamboo for their diet and the forests to make their homes. Red Panda numbers have been decreasind rapidly over the past few years, decreasing by over 50 percent over the 20 years. The Red Pandas' habitat has decreased by more than 25 percent. Their population is now estimated around a mere 10,000

About the Red Panda 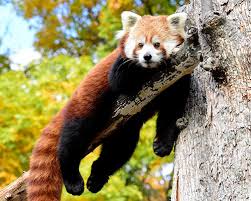 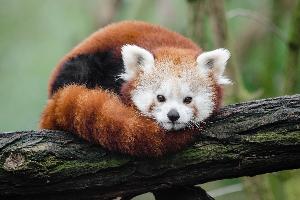