Rhinos are one of the most endangered species on the planet and I want to do something to help them. So instead of a 10th birthday gift this year, I hope you will make a donation on this page to help save endangered rhinos.

If we work together, we can help.

Rhinos once roamed many places throughout Eurasia and Africa and were known to early Europeans who depicted them in cave paintings. At the beginning of the 20th century, 500,000 rhinos roamed Africa and Asia. But today very few rhinos survive outside national parks and reserves due to persistent poaching and habitat loss over many decades. Two species of rhino in Asia—Javan and Sumatran—are critically endangered. A subspecies of the Javan rhino was declared extinct in Vietnam in 2011. A small population of the Javan rhino still clings for survival on the Indonesian island of Java. Successful conservation efforts have helped the third Asian species, the greater one-horned (or Indian) rhino, to increase in number. Their status was changed from Endangered to Vulnerable, but the species is still poached for its horn.

In Africa, southern white rhinos, once thought to be extinct, now thrive in protected sanctuaries and are classified as near threatened. But the western black rhino and northern white rhinos have recently gone extinct in the wild. The only three remaining northern white rhino are kept under 24-hour guard in Ol Pejeta Conservancy in Kenya. Black rhinos have doubled in number over the past two decades from their low point of fewer than 2,500 individuals, but total numbers are still a fraction of the estimated 100,000 that existed in the early part of the 20th century.

WWF secures and protects rhino populations, and establishes new populations through translocations—the process of moving rhinos from parks with significant populations to others that historically held rhinos but currently do not. We help with community-based conservation approaches for people living in and around important rhino habitats.

We work to combat poaching by implementing innovative technology  and building the capacity of rangers on the ground. We also tackle illegal trade of—and demand for—rhino horn through advocacy and strengthening of local and international law enforcement to bring trafficking perpetrators to justice.

WWF collaborates closely with government agencies in the US and globally as well as other international and local NGO partners to broaden support for rhino conservation.

Please join me in this important work by making a donation today.

Thank you so much for giving what you can, 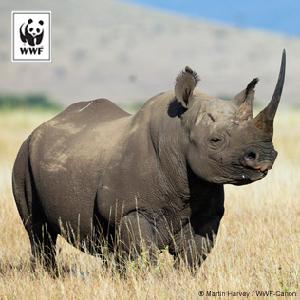 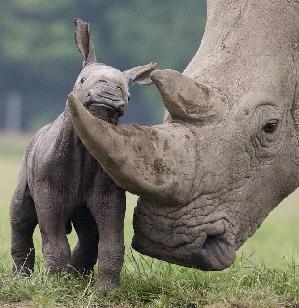