The Amur Leopard is the rarest cat on earth. There are only about 40 Amur Leopards left in the wild today.

Therefore, I want to give up my birthday presents to help them. So instead of asking friends and family for gifts to celebrate my 9th birthday, I want them to rather donate the money they would have spend on buying me gifts.

Please join me to help the Amur Leopards and donate what you can.

Please read below, if you want more info about this rare species.

People usually think of leopards in the savannas of Africa but in the Russian Far East, a rare subspecies has adapted to life in the temperate forests that make up the northern-most part of the species’ range. Similar to other leopards, the Amur leopard can run at speeds of up to 37 miles per hour. This incredible animal has been reported to leap more than 19 feet horizontally and up to 10 feet vertically.

The Amur leopard is solitary. Nimble-footed and strong, it carries and hides unfinished kills so that they are not taken by other predators. It has been reported that some males stay with females after mating, and may even help with rearing the young. Several males sometimes follow and fight over a female. They live for 10-15 years, and in captivity up to 20 years. The Amur leopard is also known as the Far East leopard, the Manchurian leopard or the Korean leopard.

With such a small population left, the loss of each Amur leopard puts the species at greater risk of extinction. WWF supports antipoaching work in all Amur leopard habitat in the Russian Far East and in known leopard localities in northeast China. WWF implements programs to stop the illegal trade in Amur leopard parts. Together with TRAFFIC, the world’s largest wildlife trade monitoring network, we help governments enforce domestic and international trade restrictions on Amur leopard products. Amur leopards are listed on CITES Appendix I, prohibiting all commercial trade in the species. 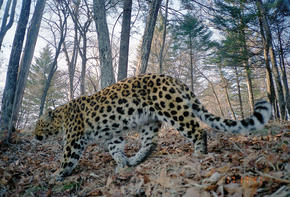 WWF monitors Amur leopard populations and its habitat. Our camera traps have often yielded amazing results, allowing the world to catch a glimpse the world’s rarest wild cat. We also work to increase the population of leopard prey like roe deer, sika deer and wild boar including releasing such deer into new reserves in China to provide founder animals to rebuild prey populations.

This work includes increasing areas of protected land in both Russia and China, reducing illegal and unsustainable logging practices, and facilitating trade between companies committed to responsible forestry practices. In 2007, WWF and other conservationists successfully lobbied the Russian government to reroute a planned oil pipeline that would have endangered the leopard's habitat.

Amur leopards received a safe haven in 2012 when the government of Russia declared a new protected area. Called Land of the Leopard National Park, this marked a major effort to save the world’s rarest cat. Extending nearly 650,000 acres it includes all of the Amur leopard’s breeding areas and about 60 percent of the critically endangered cat’s remaining habitat. The park is also home to 10 endangered Amur tigers. WWF lobbied for the establishment of this park in the Russian Far East since 2001. 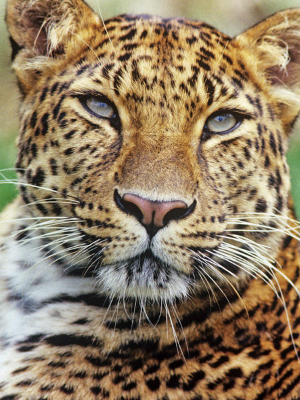 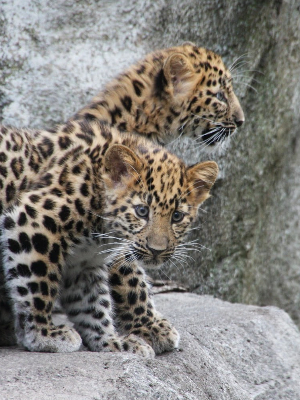