For our 10th birthday, we are fundraising for World Wildlife Fund because we want to protect the future of nature.

We are dedicating our fundraising efforts to:

The Philippine Eagle is one of the world’s largest, most powerful birds of prey. Endemic to the Philippines, the eagle’s small, rapidly declining population has been feared close to extinction for the past 40 years. In light of this, it recently acquired the status of the National Bird of the Philippines, which has helped greatly to increase awareness of the bird and its plight. They are under threat from declining and fragmented habitat, through commercial timber extraction, expanding agriculture, mining operations, uncontrolled hunting, pesticide accumulation, and also severe weather events, such as Typhoon Haiyan in 2013.

The snow leopard’s powerful build allows it to scale great steep slopes with ease. Its hind legs give the snow leopard the ability to leap six times the length of its body. A long tail provides balance and agility and also wraps around the resting snow leopard as protection from the cold.

Snow leopard numbers have been relatively steady in Russia since WWF and partners first began monitoring them three years ago. But with fewer than 7,000 estimated to live in the wild, they remain endangered. Snow leopards play a key role as both top predator and as an indicator of the health of their high-altitude habitat. If snow leopards thrive, so will countless other species. 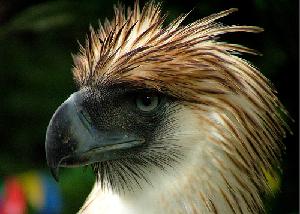